In the REviews  section of the website of the Sein und Werden literary magazine, Mat Joiner has written about Entanglement by Douglas Thompson. After outlining the structure of the book and noting that it “can be read as either an episodic novel, or a collection of short stories, but needs to be followed in chronological order” he highlights some of the worlds that are visited by the explorers.

“Thompson doesn’t waste time on technobabble” he says, “like Ursula Le Guin (who he pays homage to by using the term “Ansible”) he’s more interested in humans than machinery.” Of those humans he says, “Thompson doesn’t give us stock heroes, just flawed men and women who drift into meaningless affairs, doubt their own actions, make mistakes that will be their undoing. He gives us recognisable human beings.” He adds that there’s “plenty of a good old fashioned sense of wonder here too. None of Entanglement’s travellers lack curiosity, even though it might result in transformation or death.” But, he says, the book “argues that in meeting the alien, we meet ourselves; that to ask questions is better than presenting glib solutions. If anything, it’s a novel that pleads the case for cautious optimism.”

He concludes by saying “It’s a thoughtful, ambivalent, compassionate novel. I wish there were more science fiction like it.” 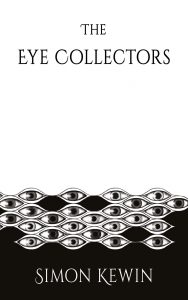