DARTFORD, KENT – 23 February 2015 – Elsewhen Press, an independent UK publisher specialising in Speculative Fiction, is delighted to announce a deal signed with Manchester writer J.A. Christy, to publish her first speculative fiction novel SmartYellow™. As a psychologist working in high hazard safety, J.A. Christy has a professional interest in society and social analysis; as a scientist she has always been fascinated by quantum physics, in particular the concept of decoherence and how it can be seen to apply in other disciplines. As a writer she is keen to explore the human side of these ideas, and in SmartYellow™ she depicts a hidden world of social experimentation with very sinister overtones.

Exploring themes of social inequity and scientific responsibility, J.A. Christy’s story leads her heroine Katrina to understand how probability, hope and empathy play a huge part in the flow of life and are absent in the stagnation of mere survival. As readers we also start to question how we would know if the power of the State to support and care for the weak had become corrupted into the oppression of all those who do not fit society’s norms.

Al Murray, managing publisher of Elsewhen Press said “SmartYellow™ offers a worryingly plausible and chilling glimpse into an alternate Nineties Britain. For the sake of order and for the benefit of more fortunate members of society, those seen as socially undesirable are marked with SmartYellow™, making it easier for them to be controlled and maintained in a state of fruitless inactivity. Writer, J.A. Christy, turns an understanding and honest eye not only onto the weak, who have failed to cope with life, but also onto those who ruthlessly exploit them for their own ends. At times tense and threatening, at times tender and insightful, SmartYellow™ is a rewarding and thought-provoking read.”

SmartYellow™ will be published by Elsewhen Press in 2015 in both a digital and paperback edition. 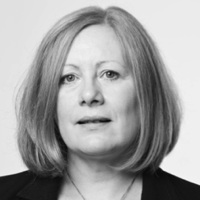 J.A. Christy’s writing career began in infant school at the age of seven when she won best poetry prize with her poem ‘Winter’. Since then she has been writing short stories and has had several published in magazines and anthologies.

Jacqueline holds a PhD in which she explores the stories we use in everyday life to construct our identities. Working in high hazard safety, she is a Chartered Psychologist and Scientist and writes to apply her knowledge to cross the boundaries between science and art, in particular in the crime, speculative and science-fiction genres.

She lives in Oldham with her partner and their dog.