Fourth book in the Royal Sorceress series, set in an alternative 1830s where scientists have discovered magic, sees Lady Gwen travel to New York to protect the American colonies from the French

DARTFORD, KENT – 24 March 2016 – Elsewhen Press, an independent UK publisher specialising in Speculative Fiction, is delighted to announce that the next book in the Royal Sorceress series will be available in April as an eBook. Sons of Liberty is the fourth book in this fantasy series, that is also hugely popular with fans of alternative history and steampunk, from author Christopher Nuttall who is ranked by Amazon as one of the bestselling authors of Science Fiction and Fantasy.

War has started, South East England has been invaded, and Gwen and the Royal Sorcerers Corps are helping the army to fight off French magicians and drive the invaders back into the Channel. When an inexperienced major disobeys orders, sending two hundred hussars to their deaths, Gwen compels him to sit down and shut up but, in doing so, permanently damages his mind. After the battle, Lord Mycroft suggests that she needs to be less prominent until rumours of what she did to the major have been dispelled. He assigns her a mission to go to New York – the colonies are also under attack from the French and all but one of the sorcerers stationed in America have been poisoned by a rebel slave. The few locals with any known magical talent are untrained and certainly not ready for combat. Gwen must train them quickly. She sets off on HMS Duke of India, along with Irene Adler and Irene’s new apprentice, Raechel Slater-Standish, accompanying a naval squadron and a regiment being sent to reinforce colonial defences. But even before they reach New York they meet armed opposition.

In Sons of Liberty, Gwen is sent from the relative safety of London to the colonies, where an undercurrent of revolution still abounds and intrigue and espionage are essential to keep the enemy at bay. But who exactly is the enemy? In the latest book in this exciting alternate history series, Christopher Nuttall expands Gwen’s horizons beyond Europe into the New World. “I’m sure that the huge number of fans that Christopher has in the US will be delighted that Lady Gwen has finally crossed the Atlantic – albeit to a very different, alternative America” says Peter Buck, Editorial Director of Elsewhen Press.

Available on popular eBook platforms in April, Sons of Liberty will be published in August in a paperback edition. 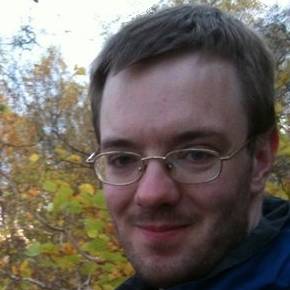 Christopher Nuttall has been planning sci-fi books since he learnt to read. Born and raised in Edinburgh, Chris created an alternate history website and eventually graduated to writing full-sized novels. Studying history independently allowed him to develop worlds that hung together and provided a base for storytelling. After graduating from university, Chris started writing full-time. As an indie author he has self-published a number of novels, but Sons of Liberty is his ninth fantasy to be published by Elsewhen Press, and the fourth in the Royal Sorceress series about Lady Gwendolyn Crichton. The first was The Royal Sorceress, followed by The Great Game and Necropolis. Chris is currently living in Edinburgh with his wife, muse, and critic Aisha and their son.