Today we are delighted to publish the third book in Katrina Mountfort’s Blueprint trilogy.

The Blueprint trilogy takes us to a future in which men and women are almost identical, and personal relationships are forbidden. In Book 3 of the trilogy, Freedom’s Prisoners, tensions have escalated since the breakout. Michael and his army of rebels may have won the first battle in their fight against the Citidome authorities, but can they win a war? The Citidomes are fighting back and no-one is safe any more as RotorFighters rain down fire on defenceless villages destroying them and their inhabitants.

Freedom’s Prisoners explores betrayal, guilt, hope and endurance in an explosive conclusion to the Blueprint trilogy which is perfectly portrayed in the awesome cover by Alex Storer.

Freedom’s Prisoners is the third book of the Blueprint trilogy. The first book was Future Perfect and the second book was Forbidden Alliance.

Freedom’s Prisoners is out today in eBook formats on all popular platforms, and will also be available in paperback in November (with a launch at Novacon in Nottingham).

Praise for the first two books of the Blueprint Trilogy:

“one of the best modern YA sci-fi novels ever written”

“I enjoyed reading this modern utopia. It reminds me in some ways of 1984 and Brave New World”

“I treasured Future Perfect’s closeness to reality, the nearest to realistic that you can get for a futuristic dystopian world”

“I LOVED this book! Read it over a period of 24 hours, hated having to put it down.”

“will be of special interest to readers who are familiar with the YA science fiction novels written by Suzanne Collins and Veronica Roth. If you’ve enjoyed reading The Hunger Games and Divergent trilogies, you’ll most likely enjoy this novel very much”

END_OF_DOCUMENT_TOKEN_TO_BE_REPLACED 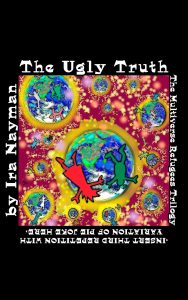