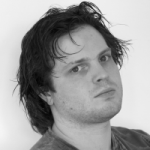 We are delighted to be publishing Dinnusos Rises today, the second novel by Tej Turner. Set in the same urban landscape as his debut novel The Janus Cycle, and featuring some of the same characters along with new voices, Dinnusos Rises is a modern-day fantasy with a sharp tongue and a hard heart, but a profound soul.

Dinnusos Rises is a standalone sequel and does not require the reader to have previously read The Janus Cycle, but fans of The Janus Cycle will be pleased to catch up with some of the characters they have met before. The vibe has soured somewhat after a violent clash in the Janus nightclub a few months ago, and since then Neal has opened a new establishment called ‘Dinnusos’.

Located on a derelict and forgotten side of town, it is not the sort of place you stumble upon by accident, but over time it enchants people, and soon becomes a nucleus for urban bohemians and a refuge for the city’s lost souls. Rumour has it that it was once a grand hotel, many years ago, but no one is quite sure. Whilst mingling in the bar downstairs you might find yourself in the company of poets, dreamers, outsiders, and all manner of misfits and rebels. And if you’re daring enough to explore its ghostly halls, there’s a whole labyrinth of rooms on the upper floors to get lost in…

Now it seems that not just Neal’s clientele, but the entire population of the city, begin to go crazy when beings, once thought mythological, enter the mortal realm to stir chaos as they sow the seeds of militancy.

Eight characters. Most of them friends, some of them strangers. Each with their own story to tell. All of them destined to cross paths in a surreal sequence of events which will change them forever.

Dinnusos Rises is available from today on all major eBook platforms. It will also be available in paperback from 10th July.

What are you waiting for? Buy it now and get reading straight away. You won’t regret it.