Following on from the success of her debut novel, this latest instalment introduces an interplanetary murder mystery into the ‘space opera meets gangland thriller’ series

DARTFORD, KENT – 09 June 2017 – Elsewhen Press, an independent UK publisher specialising in Speculative Fiction, is delighted to announce the publication today of The Wages of Sin by exciting young science fiction author Zoë Sumra. Her impressive debut Sailor to a Siren was the first in the Underside series, which introduced science fiction fans to a credible universe of incredible depth and detail. Bringing an element of gangland thriller to the space opera genre was an inspired innovation, delivering some amazing characters as well as an exciting adventure. With The Wages of Sin, Zoë has brilliantly brought another thread into the mix with a murder mystery that starts off apparently very parochial but soon encompasses some of the most significant players in the galaxy.

The stunning cover was designed by artist Alex Storer.

In The Wages of Sin, one young woman dies and another vanishes on the same chilly spring night. Connor Cardwain sees no reason to link his cleaner Merissa’s murder to a mystery anchored within a high- end warship sales team, but reconsiders his position when he realises both women were connected to a foreign runaway.

Armed with an enterprising widow, an imperial spy and his own wits, Connor sets out to find the missing woman, in a city streaked with vice and a planet upturned by other ganglanders’ ambition. If he fails to beat arms dealers, aristocrats, pirates and human traffickers at their own game, he and all his team will pay the price – and the wages of sin are death.

We were introduced to Zoë’s universe, not to mention Connor Cardwain et al, in her acclaimed debut novel Sailor to a Siren, the first book in the Underside series:

“If you like your space opera fast and violent, [Sailor to a Siren] is for you” – Jaine Fenn

“[Sailor to a Siren is] a perfect example of how to write entertaining and fast-paced space opera for adults with compelling characters and gritty scenes … she is a talented author who has managed to pack a lot of story into a single novel and she has done it well. (More, please!)” – RisingShadow

“Zoë Sumra’s world-building is the best I have seen in a very very long time … an outstanding debut novel” – Marion L. Thorpe

The Wages of Sin is available from today on popular eBook platforms. It will be available in paperback from July 31st. 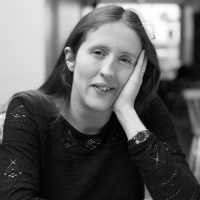 Zoë Sumra was born in London, but spent her later childhood living in Lancashire, where she started writing novels at the age of twelve due to extreme boredom. After completing the obligatory epic fantasy trilogy in her teens, she spent four years at the University of St Andrews, where she learnt to fence both foil and sabre and cemented her passion for space opera. She now lives in London with her husband, their daughter and a collection of swords. Zoë writes when she’s not fencing, looking after her daughter, or working as a print controller for an advertising company. Sailor to a Siren, her first novel, was published by Elsewhen Press in July 2015. 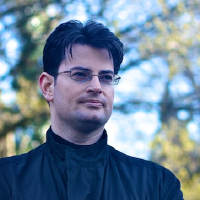 Alex Storer is a graphic designer, artist/illustrator and musician from Sheffield, UK. The advent of pixel art and the vibrant graphics of the Commodore Amiga in the early 1990s was a turning point for Alex, giving him his first taste of digital artwork, leading to a career in graphic design. However, a lifelong interest in science fiction came full circle in 2010 when Alex began producing his own brand of science fiction artwork. Taking influence from classic science fiction and the space art greats of the 1970s and 80s, his work pays homage to yesterday’s visions of tomorrow yet remains contemporary and distinctive in style. In 2012, Alex was invited to join the Initiative for Interstellar Studies as an honorary musician and artist. Alex first produced cover art for Elsewhen Press in 2015.