On RisingShadow.net, Seregil of Rhiminee has reviewed Resurrection Men by David Craig. He starts by describing it as “a captivating and enjoyable reading experience” and goes on to say that it is “one of the most thrilling debut novels I’ve read in ages”.

In a long, positive review, Seregil says that he loves “dark and well written stories” and enjoyed David’s gradually unfolding, layered story. “What makes Resurrection Men special” he says, “is that it’s a fresh combination of historical urban fantasy and gothic historical fantasy with horror and mystery elements” with “an original take on supernatural elements”. He adds that he likes David’s “vision of the supernatural, because he takes his time to ground his story in reality before delving deeper into supernatural elements”.

He compliments the characterisation and the description of the setting, saying that the “complexity of the story is enhanced by the author’s attention to characters and details” with “fascinatingly flawed protagonists”. Seregil says that David’s depiction of Glasgow feels authentic, with places that actually exist in the city. “In his story, Glasgow comes to life as he tells of its people (the wealthy and the poor), streets, clubs and cemeteries in an atmospheric way. Glasgow is depicted as a vibrant city that has a dark and evil underbelly.”

He concludes by saying that David Craig is a talented new author, whose writing style is “satisfyingly fluent” and who “effortlessly spices up his dark story with bits and pieces of humour”. He is looking forward to reading the next instalment in the Sooty Feathers series, because he “liked this novel a lot and loved the ending”.

His verdict: Resurrection Men is “compelling and entertaining … it’s a highly enjoyable and impressive debut novel” and he ends by saying “Excellent entertainment!” 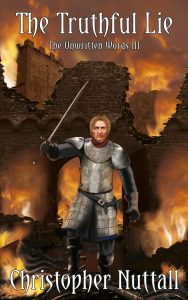