DARTFORD, KENT – 02 April 2021 – Elsewhen Press, an independent UK publisher specialising in Speculative Fiction, is delighted to announce the publication of The World is at War, again by Simon Lowe. An espionage novel set in a near future where technology has been discredited and a period of Great Regression in under way, The World is at War, again blends genre and expectation as characters take on an extravagant, often comic search for identity and meaning in unusual times.

In suburbia, low level Agent Assassins Maria and Marco Fandanelli are given a surprise promotion as “Things Aren’t Going Too Well With The War”. Leaving their son Peter behind, they set sail on the luxury cruise-liner Water Lily City, hoping an important mission might save their careers and their marriage.

Dilapidated and derelict, Panbury Hall is not what Peter expected from boarding school. Together, with his celebrity dorm buddy, he adjusts to a new life that involves double dates, ginger vodka, Fine Art face painting and kidnapping, as they attempt to uncover the mystery of Panbury Hall.

Despite being a member of the Misorov Agent Assassin dynasty, Chewti is a reluctant AA. She only joined the Family Business to track down her cousin Nadia, the rogue AA who killed her mother. Really, she wanted to be a school teacher. So when Nadia is spotted loitering in the grounds of Panbury Hall, the opportunity to avenge her mother’s death and have her dream job is too tempting to turn down.

The cover is by Alison Buck

The World is at War, again is available from today on eBook platforms and will be published in paperback in June. 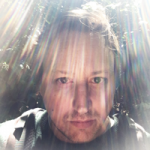 Simon Lowe is the non-nom de plume of the author Simon Lowe. From humble beginnings inside a Melton Mowbray pork pie, Simon spent a summer building insulation for the millennium dome (nobody ever complained about being cold, did they?) before working the daytime shift as a flair cocktail waiter in a bar next to Leicester train station, impressing commuters with his juggling skills before pouring their coffee and thanking them for their patience. He would eventually find his feet in the big smoke as a bookseller. For ten years, he passed sharpies to famous authors with an envious, often murderous smile. He later went on to take charge of a primary school library, issuing fines to four year olds with indiscriminate glee. Fearing burn out, from the heady world of books, he chose to settle down in Hertford of all places.

As it stands, Simon has one partner, one son and one cat. Alongside writing fiction, he is a stay at home dad with ambitious plans to leave the house one day.

His short stories have popped up in journals and magazines on three continents including Visible Ink, Storgy, Firewords, AMP, Chaleur magazine, Ponder Review, Adelaide Literary journal, The Write launch, and elsewhere. He has also written about books for the Guardian newspaper.

The World is at War, Again is both a novel and a rumination on how very bad and very good the world would be without technology.