While conspiracy theories are ideal material for story tellers, author C.R. Berry is worried that they are no longer just harmless entertainment.

DARTFORD, KENT – 24 November 2021 – Elsewhen Press is a publishing house specialising in high quality, entertaining and thoughtful speculative fiction, often addressing current, real-world issues through a fictional prism. For author C.R. Berry, inventing new conspiracy theories and subsuming existing ones, has been an effective way to create thrilling, internally consistent stories that are entertaining but clearly far-fetched. In his Million Eyes trilogy, and related short stories, time travel is the underlying explanation for many inexplicable events throughout history. But now he is worried that using conspiracy theories as a fictional tool may become socially unacceptable.

“The past couple of years have given conspiracy theories a bad name,” says Berry. “With COVID deniers, anti-vaxxers and the Trump-fuelled Capitol riot, we’re seeing conspiracy theories that are dangerous and doing harm. Those that feature in the Million Eyes series, such as the claims that Princess Diana was assassinated and the Gunpowder Plot was an inside job, are just supposed to be harmless hypotheticals. But the current climate has made me wonder if I should be writing about them at all.

“When talking about my books, I already had to make clear that I’m not a tinfoil-hat wearer, but now I feel like I need to add that COVID is real and, yes, people should get vaccinated.

“Having said all that, I am very careful about which conspiracy theories I use. I wouldn’t incorporate any that are racist or would prolong a pandemic. And also, while the Million Eyes series does perpetuate the idea that there was a second shooter on the grassy knoll and that the Christian Church covered up the existence of a secret gospel, these events are explained with time travel, which is intentionally preposterous. That’s because, to me, conspiracy theories – some of them, anyway – make for great stories. Hopefully that’s what I’ve achieved with Million Eyes.”

The first book in the Million Eyes trilogy was launched in print just a few days before the first UK lockdown in 2020. The second book has recently been launched, at a time when many people are still suffering from the effects of the pandemic itself and the social and commercial impacts of attempting to deal with it. Berry is currently putting the finishing touches to the final book.

Nevertheless, he is now seriously reconsidering whether his books after Million Eyes will be so conspiracy-laden. “I do wonder if I should carry on incorporating such controversial material into my writing at a time when misinformation is so prevalent. Even though I’m just posing fun what-if scenarios, I’ve been contacted multiple times by conspiracy theorists who assume I believe everything I write about. I’ve had many an online argument with Flat Earthers and others who insist that the Royal Family are secret reptilians, and I can honestly say I wouldn’t want to meet any of those people on a dark night.”

Peter Buck, Editorial Director of Elsewhen Press said, “We signed Berry for the Million Eyes trilogy long before the pandemic, at a time when conspiracy theorists were still a laughable minority. Now, as he says, they are a real and present threat, not just to stability and democracy but to the continued existence of the human race. I hope that Million Eyes can help to redress the balance by further undermining the obvious credulity of the stupid and gullible, and return conspiracy theories to their rightful place as merely humorous entertainment.”

Million Eyes II: The Unraveller by C.R. Berry is now available in eBook format and paperback.

About Million Eyes II: the Unraveller

Time is the Ultimate Saviour

Following an impossible discovery in East London, archaeologist Dr Samantha Lester joins forces with software developer Adam Bryant to investigate the events that led to the disappearance of his best friend, Jennifer, and to bring down the people responsible – Million Eyes.

Before long, Lester and Adam are drawn into a tangled conspiratorial web involving dinosaurs, the Gunpowder Plot, Jesus, the Bermuda Triangle, and a mysterious history-hopping individual called the Unraveller, who is determined to wipe Million Eyes off the temporal map.

But as the secrets of Million Eyes’ past are revealed, picking a side in this fight might not be so easy. 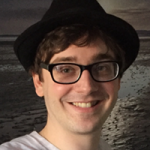 C.R. Berry started out in police stations and courtrooms – as a lawyer, not a defendant – before taking up writing full-time. He’s currently head of content for a software developer and writes fiction about conspiracies and time travel.

Berry was published in Best of British Science Fiction 2020 from Newcon Press with a Million Eyes short story. He’s also been published in magazines and anthologies such as Storgy and Dark Tales, and in 2018 was shortlisted in the Grindstone Literary International Novel Competition.

In 2021, he bought his first house with his girlfriend, Katherine, in Clanfield, Hampshire, discovering whole new levels of stress renovating it (not helped by a rogue builder running off with most of their budget). The couple are now in the fun stage, going full-on nerd and theming all the rooms – their bedroom is a spaceship, their kitchen a 50s diner.