An adventure to solve a mystery wrapped in an enigma bound by a conundrum and secured by a puzzle, their novel is set in a world they originally designed for role-playing campaigns.

DARTFORD, KENT – 23 September 2022 – Elsewhen Press, an independent UK publisher specialising in Speculative Fiction, is committed to publishing outstanding books by talented authors. Although most of our books are written by a single author, sometimes two writers collaborate on a book that could perhaps never have existed had either attempted to write it alone. The Vanished Mage by Penelope Hill and J.A. Mortimore is a perfect example.

Peter Buck, Editorial Director of Elsewhen Press, said, “We were at a science fiction convention in London in 2019, when Penny and Judith came to talk to us. In the course of that conversation, they told us how they had first met. ‘Well, I wasn’t expecting that!’ I said. That, they replied, was typical of the responses they get when they explain they owed their friendship to Star Trek.”

Fans of the show since its first UK airing in 1969, they met at a fan gathering in Kew Gardens in the late 1970s (there are photos!) and have remained firm friends ever since. Living at opposite ends of the country didn’t prove a barrier when they decided to start writing together – although, in the days before the internet came along, this led to weekly three hour phone calls!

“I often spent my holidays at Penny’s house,” Judith said. “We would spend happy hours plotting our novels together – and we still do that to this day!” Those hours led to the completion of one collaborative novel, and the pair spent a good many more developing the next one.

“We had fun back then,” Penny said. “Exploring the emerging web, discovering the intrigue of pre-Facebook bulletin boards, and sharing the joy of playing early computer games – in between writing chapters and whizzing them back and forth between us via email.”

The origins of The Vanished Mage lie in the campaign world Penny created in her days at University – developing from some rough ideas around how to create a variety of cultures and backgrounds for player characters into a richly detailed and unique world of its own. The backdrop offered by that world, the Known Kingdoms, gave them the chance to tackle a self-contained mystery. Their heroine, familiar with her world and her city in particular, provided them with a perspective to work with. Stepping in the footsteps of Sherlock Holmes and his later counterparts, they focused on the mystery and let the world unfold around the reader as their protagonists carried out their investigation. The first draft was finished by the late 1980s, but never published. Penny and Judith put it aside and moved on to other things. But they never entirely abandoned it and, after meeting Elsewhen Press, dusted it off and submitted it.

Peter Buck, added, “Fantasy stories are often set in an invented world with unfamiliar cultures and peoples. The world-building skills that authors need to make their settings believable are much the same as those needed to make a compelling immersive adventure game. So it’s no surprise that a world originally designed for role-playing games should be a perfect setting for a fictional quest. What is perhaps more surprising, though, is how well the setting lends itself to a mystery which challenges an investigative duo with Holmesian characteristics while retaining the essence of a fantasy – would Sherlock ever have used an enchanted sword?”

Despite the many years that have passed since their first meeting, Penny and Judith are still firm friends and indeed co-own a house with a third friend whom they met – yes, through Star Trek! “Penny’s late mother used to introduce us to people as her daughters,” Judith said, smiling. “Isn’t it amazing how an originally short-lived TV show created life-long friendships?!”

The Vanished Mage, is published by Elsewhen Press in eBook format today and will be available in paperback on the 17th October. 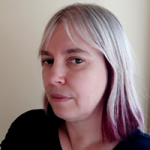 Penelope Hill has wanted to be a writer for as long as she can remember, and her fascination with both futuristic and fantastic worlds has fuelled that ambition ever since. She is an avid reader, a long time role-player and games-master, and loves world-building: designing exotic places, writing mythic histories, and crafting cultures. She’s been a costumer and is busy developing her skills as a textile artist, so when she’s not writing she can usually be found stitching, knitting, knotting, or exercising other creative skills. During her working life, she spent many years supporting services in local government, and eventually found herself contributing to the development of both local and national policy, particularly around privacy and confidentiality. The research for her PhD helped influence some of that work, but has also brought new perspectives to both her writing and her world building. While she has published academically, she prefers creative writing, and retirement has given her the opportunity to pursue her long-standing ambition to become a professional author. She currently lives in Gloucestershire with her cats, a huge library of books, a treasure hoard of fabric and thread, and far too many dice. 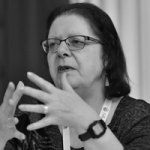 J A Mortimore (Judith) was born in London in 1953. She started writing stories at a young age and has never stopped. She wrote fanfiction for many years in a number of fandoms, all pre-internet. She has been active in science fiction and fantasy circles for longer than she cares to think about. She has a doctorate in policing young people. She has a short story in an anthology published in 2022 and has written space operas with romance which she plans to self-publish. Now retired, she lives in Gloucestershire with two friends, a number of cats, and far too many books and half-finished manuscripts.

About The Vanished Mage

A vanished mage… A missing diamond… The game is afoot.

“From Broderick, Prince of Asconar, Earl of Carlshore and Thorn, Duke of Wicksborough, Baron of Highbury and Warden of Dershanmoor, to My Lady Parisan, King’s Investigator, greetings. It has been brought to my attention that a certain Reinwald, Master Historian, noted Archmagus and tutor to our court in this city of Nemithia, has this day failed to report to the duties awaiting him. I do ask you, as my father’s most loyal servant, to seek the cause of this laxity and bring word of the mage to me, so that my concerns as to his safety be allayed.”
The herald delivered the message word-perfect to The Lady Parisan, Baroness of Orandy, Knight of the Diamond Circle and Sworn Paladin to Our Lady of the Sighs. Parisan’s companion, Foorourow Miar Raar Ramoura, Prince of Ilsfacar, (Foo to his friends) thought it a rather mundane assignment, but nevertheless together they ventured to the Archmagus’ imposing home to seek him. It turned out to be the start of an adventure to solve a mystery wrapped in an enigma bound by a conundrum and secured by a puzzle. All because of a missing diamond with a solar system at its core.

Authors Penelope Hill and J. A. Mortimore have effortlessly melded a Holmesian investigative duo, a richly detailed city where they encounter both nobility and seedier denizens, swashbuckling action, and magic that is palpable and, at times, awesome.