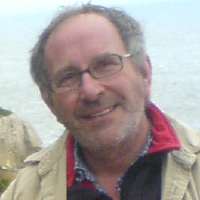 John Gribbin was born in 1946 in Maidstone, Kent.  He studied physics at the University of Sussex and went on to complete an MSc in astronomy at the same University before moving to the Institute of Astronomy in Cambridge, to work for his PhD.

After working for the journal Nature and New Scientist, and three years with the Science Policy Research Unit at Sussex University, he has concentrated chiefly on writing books.  These include In Search of Schrödinger’s Cat, In Search of the Big Bang, and In Search of the Multiverse.

He has also written and presented several series of critically acclaimed radio programmes on scientific topics for the BBC (including QUANTUM, for Radio Four), and has acted as consultant on several TV documentaries, as well as contributing to TV programmes for the Open University and the Discovery channel.

But he really wanted to be a successful science fiction writer, and has achieved that ambition with books such as Timeswitch and The Alice Encounter, and stories in publications such as Interzone and Analog.  But as John Lennon’s Aunt Mimi so nearly said “Sf is all very well, John, but it won’t pay the rent”.  Another thing that doesn’t pay the rent is his songwriting, mostly for various spinoffs of the Bonzo Dog Band.

John’s story Something to Beef about is included in the anthology Existence is Elsewhen which was published by Elsewhen Press on 18th March 2016.

The definitive collection of John’s Science Fiction short stories (with two Science Fact essays on subjects beloved of SF fans), Don’t Look Back, was published by Elsewhen Press on 5th May 2017.

May 2022 May 2022
Subscribe to filtered calendar
Get a Timely Calendar
Recent posts:

John can be contacted via Elsewhen Press using john.gribbin (at) elsewhen.co.uk