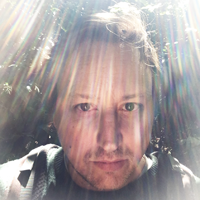 Simon Lowe is the non-nom de plume of the author Simon Lowe. From humble beginnings inside a Melton Mowbray pork pie, Simon spent a summer building insulation for the millennium dome (nobody ever complained about being cold, did they?) before working the daytime shift as a flair cocktail waiter in a bar next to Leicester train station, impressing commuters with his juggling skills before pouring their coffee and thanking them for their patience. He would eventually find his feet in the big smoke as a bookseller. For ten years, he passed sharpies to famous authors with an envious, often murderous smile. He later went on to take charge of a primary school library, issuing fines to four year olds with indiscriminate glee. Fearing burn out, from the heady world of books, he chose to settle down in Hertford of all places.

As it stands, Simon has one partner, one son and one cat. Alongside writing fiction, he is a stay at home dad with ambitious plans to leave the house one day.

His short stories have popped up in journals and magazines on three continents including Visible Ink, Storgy, Firewords, AMP, Chaleur magazine, Ponder Review, Adelaide Literary journal, The Write launch, and elsewhere. He has also written about books for the Guardian newspaper.

The World is at War, Again is both a novel and a rumination on how very bad and very good the world would be without technology.

The World is at War, Again, Simon’s first novel, was published by Elsewhen Press on 2nd April 2021.

Simon Lowe can be contacted via Elsewhen Press using simon.lowe (at) elsewhen.co.uk