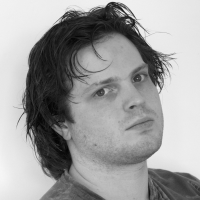 Tej Turner does not have any particular place he would say he is ‘from’, as his family moved between various parts of England during his childhood. He eventually settled in Wales, where he studied Creative Writing and Film at Trinity College in Carmarthen, followed by a master’s degree at The University of Wales Lampeter.

Since then, Tej has mostly resided in Cardiff, where he works as a chef by day and writes by moonlight. His childhood on the move seems to have rubbed off on him because when he is not in Cardiff, it is usually because he has strapped on a backpack and flown off to another part of the world to go on an adventure.

When he travels, he takes a particular interest in historic sites, jungles, wildlife, native cultures, and mountains, and so far, he has clocked two years in Asia and a year in South America. He also spent some time volunteering at the Merazonia Wildlife Rehabilitation Centre in Ecuador, a place he intends to return to someday. He also hopes to go on more adventures and has his sights set on Central America next.

Firsthand accounts of Tej’s adventures abroad can be found on his travel blog on his website. A place he also posts author-related news.

His debut novel The Janus Cycle was published by Elsewhen Press in 2015 and its sequel Dinnusos Rises was released in 2017. Both are hard to classify within typical genres but were semi-biographical in nature with elements of magical realism. They have often been described as ‘gritty and surreal urban fantasy’.

He has since branched off into writing epic fantasy and has an ongoing series called the Avatars of Ruin. The first instalment – Bloodsworn – was released in 2021, and its sequel Blood Legacy is due out in 2022. He is currently engaged in writing the third instalment (Blood War).

Tej’s story The Last Days is included in the anthology Existence is Elsewhen which was published by Elsewhen Press on 18th March 2016.

Dinnusos Rises, Tej’s second novel, set in the same urban landscape as The Janus Cycle was published by Elsewhen Press on 7th April 2017.

Bloodsworn, Book 1 of Tej’s epic fantasy series, The Avatars of Ruin, was published by Elsewhen Press on 8th January 2021.

Blood Legacy, Book 2 of Tej’s epic fantasy series, The Avatars of Ruin, was published by Elsewhen Press on 11th February 2022.

Tej can be contacted via Elsewhen Press using tej.turner (at) elsewhen.co.uk