LiGa is a thought-provoking series of books in an essentially contemporary setting, with elements of both science fiction and fantasy. The LiGa of the series title is a contraction of Life Game, a game in which contestants are gambling with their lives to win what is essentially indefinite life expectancy. In the first book we meet the players of a LiGa™ Bridge tournament who are competing against each other to join the ranks of the ‘Immortal’ members of LiGa. In the second book, we find out more about the secretive organisation behind the game as we travel with some of them to a fantastic place beyond the Light Veil.

The first book LiGa™ was published by Elsewhen Press in July 2012.

Book 1 of the LiGa series 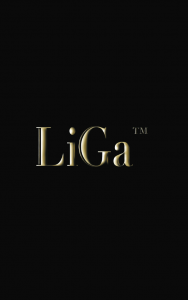 Literary science fiction, LiGa™ tells of a game in which the players are, literally, gambling with their lives. Sanem Ozdural’s debut novel is set in a near-future where a secretive organisation has developed technology to transfer the regenerative power of a body’s cells from one person to another, conferring extended or even indefinite life expectancy. As a means of controlling who benefits from the technology, access is obtained by winning a tournament of chess or bridge to which only a select few are invited. At its core, the game is a test of a person’s integrity, ability and resilience.

The second book the Dark shall do what Light cannot was published by Elsewhen Press in April 2015.

the Dark shall do what Light cannot

Book 2 of the LiGa series

We live in a world of Light and Dark, Day and Night, Good and Evil. How do we deal with evil? Despite its power and resources, the state with all its laws and police is neither omnipotent nor omnipresent. It is not always enough.

There is a place called Pera which lies beyond the Light Veil, on the other side of reality. There are light trees there that eat sunlight and bear fruit which, in turn, lights up and energises (literally) the community of Pera. There are light birds that glitter in the night because they have eaten the seed of the lightberry. The House of Light and Dark, which is the domain of the Sun and her brother, Twilight, welcomes all creatures living in Pera. But in the midst of all the glitter, laughter and the songs, it must be remembered that the lightberry is poisonous to the non-Pera born, and the Land is afraid when the Sun retreats, for it is then that Twilight walks the streets…

To coincide with the launch of the paperback edition of the Dark shall do what Light cannot, a free LiGa pamphlet Extracts from the Book of Shadow was published by Elsewhen Press in July 2015.

Extracts from The Book of Shadow

Deep within Pera resides Shadow, the veritable soul of the place. Fundamental to the life of every person in Pera is the Book of Shadow – not so much a single book as a library of stories, poems and songs that inform the psychology, sociology and mythology of the Perans.

To the non-Pera born Shadow may be elusive and the Book of Shadow too big to comprehend. With the help of two of LiGa’s Immortals, we have an initiation of sorts into the mind and soul of Pera. Orion (Imm.) provides an introduction to Shadow, while Roland Griffith S.J. (Imm.) offers us a personal selection from the Book of Shadow.