Book I of    The Bookworm series

Elaine is an orphan girl who has grown up in a world where magical ability brings power. Her limited talent was enough to ensure a magical training but she’s very inexperienced and was lucky to get a position working in the Great Library. Now, the Grand Sorcerer – the most powerful magician of them all – is dying, although initially that makes little difference to Elaine; she certainly doesn’t have the power to compete for higher status in the Golden City. But all that changes when she triggers a magical trap and ends up with all the knowledge from the Great Library – including forbidden magic that no one is supposed to know – stuffed inside her head. This unwanted gift doesn’t give her greater power, but it does give her a better understanding of magic, allowing her to accomplish far more than ever before.

It’s also terribly dangerous. If the senior wizards find out what has happened to her, they will almost certainly have her killed. The knowledge locked away in the Great Library was meant to remain permanently sealed and letting it out could mean a repeat of the catastrophic Necromantic Wars of five hundred years earlier. Elaine is forced to struggle with the terrors and temptations represented by her newfound knowledge, all the while trying to stay out of sight of those she fears, embodied by the sinister Inquisitor Dread.

But a darkly powerful figure has been drawing up a plan to take the power of the Grand Sorcerer for himself; and Elaine, unknowingly, is vital to his scheme. Unless she can unlock the mysteries behind her new knowledge, divine the unfolding plan, and discover the truth about her own origins, there is no hope for those she loves, the Golden City or her entire world. 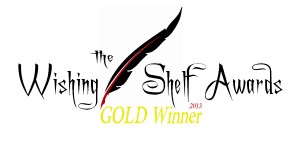 Bookworm was published in a digital edition on 18th January 2013 and in paperback on 4th May 2013. 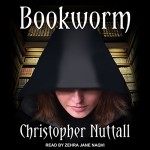