Volume 1 of the Evil Above the Stars series

September Weekes is accustomed to facing teasing and bullying because of her white hair, tubby figure and silly name, but the discovery of a clear, smooth stone at her home casts her into a struggle between good and evil that will present her with sterner challenges.

The stone takes her to Gwlad, the Land, where the people hail her as the Cludydd o Maengolauseren, the bearer of the starstone, with the power to defend them against the evil known as the Malevolence. September meets the leader of the people, the Mordeyrn Aurddolen, and the bearers of the seven metals linked to the seven ‘planets’. Each metal gives the bearer specialised powers to resist the manifestations of the Malevolence; manifestations formed from the four elements of earth, air, fire and water, such as the comets known as Draig tân, fire dragons.

She returns to her home, but she is drawn back to the Land a fortnight later to find that two years have passed and the villagers have experienced more destructive attacks by manifestations. September must now help defend Gwlad against the Malevolence.

The history of science has been an abiding interest for Peter R. Ellis since university, and as a result has featured in a lot of his educational writing. Now, Evil Above the Stars has enabled Peter to explore in a fictional setting one of his recurring ideas: that old theories were correct up until the time that a new idea came along, i.e. that the universe changes with our perception of it. As a chemist, he is also intrigued by the ideas embodied in alchemy. Drawing it all together are elements of Celtic mythology from his Welsh upbringing. Although ostensibly a fantasy for young adults, it can just as easily be considered science fiction, and will appeal to readers of all ages.

Seventh Child is the first volume in a thrilling new fantasy series, Evil Above the Stars, that will appeal to anyone who likes fantasy, especially fans of JRR Tolkien and Stephen Donaldson. It is immediately followed by The Power of Seven, the second volume in the series. 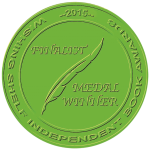 Seventh Child was a finalist in the 2015 Wishing Shelf Independent Book Awards in the Teenager category, “A fascinating fantasy adventure with strong elements of Welsh mythology. A finalist and highly recommended.”

Seventh Child was published in a digital edition on 2nd January 2015 and in paperback on 30th March 2015.