Entanglement by Douglas Thompson will be published in paperback on 3 November 2012. It will be available through all good bookshops. 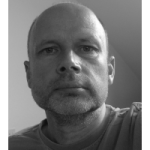 Douglas Thompson, author of Entanglement, will be launching and reading from his latest work, including Entanglement, and “will talk about the background to why and how I wrote them and the state of the genre scene in general”. He will be introduced by independent press editor and ‘Slipstream guru’ Allen Ashley, in the form of a talk on what exactly Slipstream fiction is and why its special blend of fantastical and realistic elements makes it the perfect contemporary fiction for the 21st century.

This free entry event is being held on 20 December 2012 at 7pm, under the auspices of the Scottish Writers’ Centre at the Centre for Contemporary Arts in Glasgow.

Douglas Thompson will be at The Speculative Bookshop’s first ever event. Taking place in Glasgow at the Old Hairdressers on Sunday 1st December from 6:30pm, they are hosting some local writers (not least of whom will be Douglas) who will be reading from – and selling – their books.

Go along, say “Hello” to Douglas, buy a copy of Entanglement and he will surely sign it for you 😉

We will be launching the print edition of Douglas Thompson’s latest novel The Rhymer, an Heredyssey, during Loncon 3. In fact, Saturday lunchtime (16th August) in the Book Launch section of the Library in the Fan Village at 13:30. So if you’re going to be at Loncon 3 (the 72nd World Science Fiction Convention, in case you don’t already know!) come and join us for a drink, to hear Douglas do a bit of a reading, buy a copy and get him to sign it.

Douglas Thompson’s short stories have appeared in a wide range of magazines and anthologies. His first book, Ultrameta, was published by Eibonvale Press in August 2009, nominated for the Edge Hill Prize and shortlisted for the British Fantasy Society Best Newcomer Award. Since then he has published four subsequent novels. The Brahan Seer is his sixth novel.

Executed at Chanonry Point, Fortrose, for witchcraft in the late 17th century, the shadowy historical figure of the Brahan Seer foretold the Battle of Culloden, the invention of the railways and canals, the Second World War and even the creation of the Channel Tunnel. Described by Thompson himself as a historical literary novel (with supernatural overtones) this fascinating book begins to question whether our current understanding of time is quite as safe and scientifically sound as we think it is…

As part of the Inverness Book Festival 2014, Douglas will be interviewed by Inverness based journalist and broadcaster Roddy Maclean 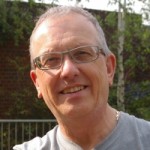 Peter R.Ellis will be launching his Evil Above the Stars fantasy series at Leominster Library on Saturday 28th March from 11:00 to 13:00. Volume 1, Seventh Child, and Volume 2, The Power of Seven, will both be available. Come along and hear a reading, ask questions, buy copies of the books and Peter will sign them for you. All welcome!

We will be at this year’s Eastercon – Dysprosium 2015 at the Park Inn in Heathrow.
We have a whole room to ourselves, syndicate room 13 – luckily we’re not superstitious 😉

On Sunday 5th from 14:00 to 15:00 we’ll be launching the paperback edition of Tej Turner’s The Janus Cycle in our room. There’ll be refreshments too!

The Janus Cycle can best be described as gritty, sexy, surreal, urban fantasy.

Janus is a nightclub. But it’s not merely a location, it’s virtually a character in its own right. On the surface it appears to be a subcultural hub where the strange and disillusioned, who feel alienated and oppressed by society, can escape to be free from convention. Underneath that façade is a surreal space in time where the very foundations of reality can be twisted and distorted. But the special, unique, vibe of Janus is hijacked by a bandwagon of people who choose to conform to alternative lifestyles simply because it has become fashionable to be ‘different’ and this causes many of its original occupants to feel lost and disenchanted.

The story unfolds through the eyes of eight narrators, each with their own perspective and their own personal journey. A story in which the nightclub itself goes on a journey. But throughout, one strange girl briefly appears and reappears, warning the narrators that their individual journeys are going to collide in a cataclysmic event. Is she just another one of the nightclub’s denizens, a cynical mischief-maker out to create havoc or a time-traveller trying to prevent an impending disaster?

The Janus Cycle was published in a digital edition on 2nd January 2015 and will be launched in paperback at Dysprosium.

Our very own Douglas Thompson will be leading an ‘In Process Masterclass’ for the Scottish Writers’ Centre in Glasgow, on Tuesday 27th October 2015 at 7pm. Douglas is one of Glasgow’s most original exponents of dark surreal fiction. Described as “a name to watch” by Interzone magazine Douglas has published eight books of which Elsewhen Press have published two: Entanglement and The Rhymer, an Heredyssey. He will also be launching his ninth book, The Sleep Corporation (Exaggerated Press) at the masterclass.

The evening is billed as a diverse and unorthodox exploration of the art of writing from the perspective of someone implacably opposed to the sameness and complacency of major commercial publishers. Sounds like fun! 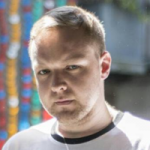 At this year’s Eastercon in Manchester, we will be launching the paperback edition of Unity of Seven, the third volume in Peter R. Ellis’ thrilling fantasy series, Evil Above the Stars, that appeals to readers of all ages, especially fans of JRR Tolkien and Stephen Donaldson. Come and join us at the launch party in the Presidential Suite on the 22nd floor of the Hilton Manchester Deansgate, with a spectacular view over Manchester.

Magic, Monsters, Metals, Mines in Mid-Wales (and mysterious worlds) with Malice, the Malevolence and the Maengolauseren.

Come along to the Great Oak Bookshop in Llanidloes in Powys at 11am on Friday the 1st April 2016 to meet Peter R. Ellis, the author of the Evil Above the Stars series for YA and adult readers, hear about these fantastic books and from the just-released third volume Unity of Seven.

Mysterious worlds of monsters, metals, mines and the Maengolauseren. Meet Malice, the Malevolence and September.

Visit the sites described in vol.3 of Evil Above the Stars, the fantasy trilogy with a Celtic theme, shortlisted for the Wishing Shelf Teenage Fiction Award.

For details and booking – email or tel/text (contact details above)

Find out more at www.ellifont.wordpress.com/peter-r-ellis-sf-fantasy