He starts by saying that it is tough to explain the plot of Fictional Alignment, not because the plot itself is tough but because there’s “just so much happening”. However he goes on to give a reasonable outline of the plot, followed by “Sounds completely mad, right? That’s because it is. It’s also incredibly hilarious.”.

Benjamin likes the fact that there is so much going on that it’s “impossible to become bored”. He likes the various science fiction references that are included, not gratuitously but “that fit the story”. For him the best character was Heisenberg (one of the androids), who “is awful and seemingly uncaring throughout most of the book”, but is “quite funny” and usually delivers the best lines; as a result, he adds, much of the chaos in the book is because of Heisenberg. As the story is playing with time travel and androids trying to be human in the past, using future technology that isn’t always fully explained (because it’s funnier that way), Benjamin says it can leave you scratching your head a little, but that’s “all part of the madness that you just need to embrace when reading it”.

Although it has a different premise and feeling from An Android Awakes, Benjamin says Fictional Alignment is a “worthy sequel” but “it does leave a question over where French can take the story from here”.

On his blog Shelf Abuse, Carl Doherty has just reviewed Fictional Alignment, which he introduces as Mike French’s “sequel to the brilliantly bonkers An Android Awakes”. Describing the book as “grand and eclectic” he adds that “it’s never boring or short on style or ambition”. He says he absolutely loved Fictional Alignment, perhaps even more than An Android Awakes (which he reviewed in 2015 as “I bloody loved it”), adding that it’s “quite unlike anything I’ve ever read. Mike French is a distinct voice in a genre that too often not only settles for the derivative but is expected to do so by its readers.” Mike’s writing, Carl says, “has more in common with British comics than prose”, it is “punky and anarchic” and “closer in tone to the cheeky satire of classic 2000AD than anything else I can think of”.

Carl concludes by saying that Mike’s “idiosyncratic irreverence and boundless creativity make Fictional Alignment a demanding but unforgettable read”. You can read the whole of Carl’s review on Shelf Abuse here.

On Alternative Magazine Online, Marty Mulrooney has reviewed Mike French’s surreal novel Fictional Alignment, the sequel to An Android Awakes. Marty starts by recommending reading An Android Awakes first, because both books complement each other in “exciting and often unexpected ways”. He goes on to warn readers of Fictional Aligment to prepare “to be shocked, baffled and amazed, in no particular order and sometimes all at once”.

Mike French, says Marty, writes “like a man possessed, transitioning from science fiction to romance one minute and from horror to comedy the next, with a multitude of other genres crammed in-between” with prose that is often “surprisingly elegant”. Describing Fictional Alignment as a book that celebrates the power of the written word, Marty concludes his review by saying that “there was nothing quite like An Android Awakes when it was first published in 2015 and there’s nothing quite like Fictional Alignment now in 2018”. Fictional Alignment is, he says, “just as well written and engaging as An Android Awakes” and he highly recommends it.

On his website Now Read This!, comics writer (and past chairman of the Comics Creators Guild) Win Wiacek has reviewed Fictional Alignment by Mike French, the sequel to An Android Awakes. You may remember that Win was very complimentary about An Android Awakes (a “captivating and fascinating tome”), and he is no less enthused about Fictional Alignment. He describes the new book as a “mind-bending Scientific Romance” which offers a “challenging odyssey through the theocracy of thought and depicts a trenchant guerrilla war between What Is, What Might and What Should be…”. He suggests it will appeal to devotees of Michael Moorcock, Brian Aldiss, J. G. Ballard, Thomas M. Disch among others. High praise! Thanks Win.

You can read Win’s review on Now Read This! here.

Mike French was recently interviewed for the Alternative Magazine Online by Marty Mulrooney. Although it was predominantly to talk about Mike’s new book, Fictional Alignment the sequel to An Android Awakes, they covered a few other topics too (like house extensions, birthdays, and Blade Runner 2049). All in all an entertaining and informative interview, with a sneaky teaser at the end.

Oh, and “Oddball, enjoyable and original” was Marty’s description of Fictional Alignment not Mike. But there again…

Read the interview at the Alternative Magazine Online website here.

When Sapphira writes the first human-written fiction in a century, zealot androids vow to eradicate all fiction. They fail – her book is a best seller – so they send a team back in time to realign the historical record with her fictional stories.

DARTFORD, KENT – 12 January 2018 – Elsewhen Press, an independent UK publisher specialising in Speculative Fiction, is delighted to announce the publication of a new book by Mike French. Fictional Alignment is a sequel to the ground-breaking An Android Awakes, a collaboration between Mike French and artist Karl Brown which was published at the end of 2015 by Elsewhen Press. In that book, Android Writer PD121928 is attempting to have a novel published, but is only allowed 42 failed submissions before he will be terminated. Despairing, as he waits to hear whether his final attempt has been accepted, he commits suicide; but it is accepted, so his successor, PD121929, passes himself off as the author. In Fictional Alignment we discover that, because fewer than a hundred copies of that novel were sold, PD121929 was himself terminated. The human Sapphira, who had been in love with PD121928, wrote a bestselling novel Humans (An Arrangement of Minor Defects) based on the stories he told her on the night they first met. It was marketed by the Altostratus publishing house as the first work of fiction by a human for over a hundred years. As a result, a handful of zealot androids massacred the senate and formed a new regime fuelled with a passion to eradicate the evil of fiction from android society. But however much they try, they are unable to remove the impact of Sapphira’s novel. If fiction cannot be made to align with reality, then reality must be made to align with fiction. So, in a desperate move, they kidnap Sapphira and force her to work with an oddball team that travels back in time to enact the events of the stories in her book – thus ensuring that they are historical records rather than fiction. This is the ultimate implementation of fake news.

This message has been approved by The Bureau for Fictional Alignment

END_OF_DOCUMENT_TOKEN_TO_BE_REPLACED 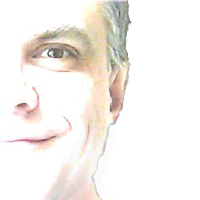 Following his recent review (which you can read here) of An Android Awakes by Mike French and Karl Brown, Marty Mulrooney invited Mike in for an entertaining interview on his Alternative Magazine Online blog. Apart from talking about the inspiration behind An Android Awakes, they discuss the creative process, how Mike and Karl worked together to produce An Android Awakes, how Android PD121928’s experience of publishers reflects Mike’s (!), why science fiction is popular, and Mike’s next project.

You can read the interview on Alternative Magazine Online here.

Adi Mursec has just reviewed An Android Awakes by Mike French and Karl Brown on the Super Robot Mayhem website. He starts by saying it’s “a classic sci-fi which will mature with age” adding that “it is like nothing I’ve seen before”. He says that even though the story is about “an android writing to stay alive you really feel for him” and that the reader can relate to Android PD121928 and want his submissions to be accepted. Adi says that each of the Android’s submissions make good stories in their own right covering “some very interesting science fiction concepts”. He also liked the detailed artwork which he felt complements the story really well, describing it as a “neo-noir style” which he says “reminds me a bit of Allan Linder’s Prisoner of the Mind which I really loved”. He says that Mike and Karl “are both masters of their arts and bring this story to life” and he is looking forward to reading more from Mike and seeing more of Karl’s illustrations. He concludes by recommending An Android Awakes to “anyone even slightly interested in sci-fi” and wants to know when it will be made into a movie 😉

On SFcrowsnest Vinca Russell has just reviewed An Android Awakes by Mike French and Karl Brown. Starting by saying “I’m not a huge fan of graphic novels in general” because there often isn’t enough story, it was good to read that An Android Awakes proved to be an exception. Vinca admits “I was pleasantly surprised by how much I enjoyed this book” adding “The story was really engrossing and I found myself rooting for PD121928”. Despite the fact that “the main character is an android, he was extremely easy to relate to”. Vinca enjoyed “the distinct style” of Karl’s artwork too, “particularly his humanoid figures”. In conclusion Vinca recommends An Android Awakes, suggesting it is a “nice crossover for people like me who enjoy the style of graphic novels but want more from the text content to draw them in”, with a great balance between text and illustration having “some amazing imagery in the writing” that is “complemented by some great artwork”.

On the Upcoming4.me website, An Android Awakes by Mike French and Karl Brown has just been reviewed. As in many other reviews, it starts with the observation that An Android Awakes may remind you of 2000AD. After describing it as a “beautifully designed paperback” the reviewer points out that it “is no ordinary book” but rather “an innovative hybrid that blurs the lines between a novel, or even a short story collection, and a graphic novel” adding that it’s a “quite clever concept which works remarkably well”.

Outlining the storyline and describing the way that Android Writer PD121928 submits stories to be published (only to have them rejected), the reviewer observes that the stories introduce us to “a truly fascinating piece of world building” but also help to provide background to the Android’s life in a way that provides “illuminating reading in itself”. Throughout, the “high quality of both storytelling and illustrations” is maintained. The conclusion of the review is that An Android Awakes is “an excellent science fiction story” that is “well recommended”.

You can read the whole review on Upcoming4.me here.