The finalists of the 2016 Wishing Shelf Independent Book Awards have been announced. They include Mandigo and the Hellhounds by Anders Reemark in the Books for 9-12 Year Olds category. 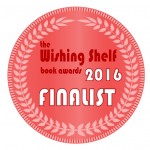 The Wishing Shelf Awards are awarded based on the results of groups of readers rather than a judging panel. The children’s books were this year read and judged by children in 8 UK primary and secondary schools; the adult books by 2 Reading Groups, 1 in London and 1 in Stockholm. The books were marked according to EDITING, THEME, STYLE, COVER and, in the case of many of the children’s books, ILLUSTRATIONS. Only books that were awarded over 30/40 are finalists.

The winners of the Gold, Silver and Bronze awards in each category, picked from the finalists, will be announced on April 1st 2017.

On RisingShadow, Seregil of Rhiminee has reviewed Mandigo and the Hellhounds by Anders Reemark, the first book in the Mandigo series. Originally published in Danish this is an English translation by Nina Sokol. Seregil starts by describing this as “an epic, fast-paced and well written fantasy novel for young adult readers” although he adds that it “will also be of interest to adult readers who love entertaining fantasy novels”. Seregil observes that much recent fantasy has been in the style of George R.R. Martin’s books, which he welcomes, but does mean he’s come to miss Tolkienesque fantasy with magic, evil forces, elves and wizards; so he says that he was thrilled to read this novel because “it feels refreshing to read this kind of classic fantasy for a change”. It was a “pleasant and rewarding reading experience” because the “story was good”, the “events were satisfyingly dark and epic” and it had an “easily likeable protagonist”. He also complimented Nina Sokol on managing to convey the nuances of the original Danish story to English-speaking readers.

Seregil considers Mandigo and the Hellhounds to be “one of the best epic YA fantasy novels written during the recent years” because it has “clearly been written out of love for classic epic fantasy” and as soon as you start to read you “immediately feel at home with the story” with elements such as “young magic users” and “evil forces”. It is, he says “a brightly shining gem of epic YA fantasy”, a “a well-constructed and thrilling story about an epic battle between good and evil, family secrets and magic”.

Seregil felt the main characters were interesting and well-created, and Anders pays attention to relationships and the characters feelings for those around them, especially those who are different. He enjoyed reading about the way magic works in this novel, and the secrets of Bloodstone. He also enjoyed the impressive world-building and the fact that the world of Stormlands has a dark history. He adds that “Anders Reemark’s vision of good and evil is interesting and has a timeless quality to it. The impending threat of the Lord of Shadows added a fascinating touch of darkness and malice to the storyline.” He liked Anders’ “fluent and fast-moving prose” and a writing style that keeps the story moving fast forward. “It’s great that he effortlessly builds up tension from the intriguing prologue towards the epic ending.”

He sums up by saying that Mandigo and the Hellhounds has everything he’d expect to find in classic YA fantasy fiction, which not only appealed to him, but made him “read the story as fast as possible”, adding that on reason it is interesting is that it has “a Scandinavian feel to it. After having read several English fantasy novels, this novel felt like a breath of fresh air to me.” It is “one of the best YA fantasy novels I’ve read during the last couple of years”, it “wholly captivated me with its gradually unfolding story and dark atmosphere”.

He concludes that Mandigo and the Hellhounds is “epic YA fantasy fiction at its best and most intriguing, because it feels almost like a tribute to classic fantasy stories”.

You can read Seregil’s full review on RisingShadow here.

We are delighted to be publishing Mandigo and the Hellhounds by Anders Reemark, translated from the Danish by Nina Sokol.

It is available from today in eBook formats, and will be launched in a print edition at FantasyCon by the Sea in Scarborough in September.

It is the first book in the Mandigo YA fantasy series following the adventures of Mandigo as he discovers that magic is real and he is much more significant than he thought, and is suitable for all ages from 8 to 80+

Originally published in Danish (as Mandigo og Helvedeshundene) by L. Stender e-books in 2015, we are proud to be publishing the English edition.

Although the mediaeval setting and characters have a Scandinavian feel, Anders’ story itself is timeless, transcending national borders and cultures, and appealing to everyone. Readers in any country will empathise with Mandigo as his life takes sudden and unexpected turns, he discovers the truth about his own past, and starts to fear for his future and that of everyone he loves.

“The novel is fast-paced and filled with adventure and good ideas. …and in this book, like in all great trilogies, you know that although the forces of good win a battle… the war has just begun!” Himmelskibet – Magasinet For Fantastik, the leading Danish magazine of the fantastic

In August we will be publishing Nina Sokol’s English translation of the first book in the Danish YA fantasy Mandigo trilogy by Anders Reemark. Mandigo and the Hellhounds (originally published in Danish as Mandigo og Helvedeshundene) is the exciting story of young Mandigo who starts to realise he is special on his twelfth birthday.

Although the mediaeval setting and characters have a Scandinavian feel, Anders’ story itself is timeless, transcending national borders and cultures, and appealing to everyone. Young readers in any country will empathise with Mandigo as his life takes sudden and unexpected turns, he discovers the truth about his own past, and starts to fear for his future and that of everyone he loves.

As soon as we read it, we knew that we wanted to publish Anders’ book for an English-speaking audience. The next major decision, of course, was the design of the cover. Early on in the story Mandigo has an encounter with a demon that leaves his face badly scarred. Anders was very keen that the cover should show Mandigo, including his face – but would it scare off younger readers or intrigue them? We decided to portray Mandigo as he looks out from the top of a tower of the Bloodstone fortress, the setting for much of the action. Once again artist Alison Buck has produced an image that captures the character of Mandigo, while being sympathetic to the nature of his disfigurement.

When we showed it to Anders his response was “That cover is absolutely awesome. Alison has done a great job. The way Mandigo’s scarred face is shown, it makes the reader ponder, ‘What on Earth happened to this guy, and what is he doing on that book cover?’ Also, the way the image is composed, you get a sense of the loneliness that Mandigo is experiencing. At first sight, he scares you, and then you start feeling curious and a little sorry for him. And then there is the setting sun in the background. Something is coming. Something powerful. Spooky, and awesome! I also like the font. They look like Scandinavian runes. A nice touch that.”

Mandigo and the Hellhounds will be published as an eBook on the 5th August and the print edition will be launched in September at the FantasyCon convention in Scarborough.

DARTFORD, KENT – 15 April 2016 – Elsewhen Press, an independent UK publisher specialising in Speculative Fiction, is delighted to announce the signing of a deal with Danish author Anders Reemark for the English language rights to his debut novel Mandigo and the Hellhounds, the first book in a YA fantasy trilogy. Originally published in Danish (as Mandigo og Helvedeshundene) by LSe in 2015, Anders was keen to see his story reach a wider audience. At the 2015 Frankfurt Book Fair the Spanish language rights were sold to Babidi-Bú and other territories are being pursued. The book has been translated into English by Nina Sokol.

A recent review in HimmelSkibet, the leading Danish magazine of the fantastic, said of Mandigo and the Hellhounds “The novel is fast-paced and filled with adventure and good ideas… and in this book, like in all great trilogies, you know that although the forces of good win a battle at the end of the first book, the war has just begun!”

According to Peter Buck, Editorial Director at Elsewhen Press, “Although the mediaeval setting and characters may have a Scandinavian feel, Anders’ story itself is timeless, transcending national borders and cultures, and appealing to everyone. Young readers in any country will empathise with Mandigo as his life takes sudden and unexpected turns, he discovers the truth about his own past, and starts to fear for his future and that of everyone he loves. We were delighted when Lars from LSe approached us with an already-translated manuscript and asked us if we were interested in the English rights. Anders’ story deserves a wider audience and that is where we intend to take it.”

Mandigo and the Hellhounds will be published by Elsewhen Press in a digital edition this summer, while the print edition will be launched at Fantasycon by the Sea in Scarborough in September.

About Mandigo and the Hellhounds

When eight-year old Mandigo finds a baby on a raft in a river, he saves it but, when he tries to carry it back to his village, he is stopped by a large stag. The stag forces Mandigo to take the baby deep into the forest, and soon other animals join the curious trio…

Thus begin the adventures of Mandigo, a boy who spends his days toiling in his father’s mill in the mediaeval village of Oakhill. Little does he know that his life until this moment has all been one big lie. When the cataclysmic event known as the Storm wreaked havoc across the world many years before, it changed the landscape and released violent magical forces.

By his twelfth birthday, Mandigo has discovered that he has become the unwitting focus of those magical forces. He must quickly learn how to deal with them in order to save not only his own soul, but also the lives of everyone he loves.

The problem is that the Hellhounds are already on to him… 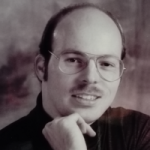 Anders Reemark was born in 1980 in Denmark. After highschool and business school, Anders was employed by Danske Bank, where he still works. Anders and his wife and four-year-old daughter currently reside in a suburb of Copenhagen together with a cat called Mouse(!)

Always an avid reader, Anders got into writing when reading aloud to his daughter. She always wanted more stories, and he discovered that he had a storytelling gift of his own. He began to write his stories down, and Mandigo and the Hellhounds is his first novel. It was originally published in Danish (as Mandigo og Helvedeshundene) by LSe in 2015. Keen to see the story reach a wider audience it is being translated into other languages and will be published in English by Elsewhen Press in 2016.

Founded in Denmark in 2013, by Lars Stender, LSe (L. Stender e-books) publishing company specializes in science fiction and fantasy ebooks with stories that endeavour to redefine and revive both genres by widening the scope of stories and by targeting a wider audience. The human imagination is boundless, and L. Stender e-books intends to provide readers with a universe that reflects just that.