Tommy James has just written a review of Existence is Elsewhen for Starburst Magazine. Describing it as a “sharp collection” of short stories, Tommy writes that Existence is Elsewhen presents an “eclectic range of ideas” producing an end result that is “extremely well written” and “rich with a wide variety of material”. That variety is shown in the choice of tones of the stories with some “genuinely amusing pieces which nicely punctuate the darker stories”, while singling out Douglas Thompson’s Bird Brains as a “provocative tale whose ideas will manifest themselves long after you’ve finished reading”.

Tommy concludes that Existence is Elsewhen is a “smartly presented collection” that anyone who enjoys short fiction “would be well advised to familiarise themselves with”, awarding it 8 out of 10 stars.

You can read Tommy’s full review on the Starburst Magazine website here.

On Risingshadow.net Seregil of Rhiminee has just reviewed Existence is Elsewhen. He starts by saying that as an anthology it “wonderfully showcases” what Elsewhen Press has to offer and is “something special and mesmerising”. He especially liked the fact that there was a wide variety of stories “that highlight the imagination and writing skills of various authors” ranging from “entertaining stories to thought-provoking stories” with a diversity from “colonising new planets to reverse evolution”. He adds that it is “an interesting anthology to those who want to read something out of the ordinary and want to be thrilled by stories that push and stretch the limits of normality and strangeness in various ways”.

He then gives a brief overview of each story, with his comments on each (all good, I’m pleased to say), followed by a slightly more detailed review of some of the stories that particularly interested him. I won’t try to summarise his detailed review in any more detail, except to say that he concludes by describing it as “a perfect anthology for readers who want to experience something different. Some of the sights and wonders explored in these stories are seldom found in modern speculative fiction, and thus make for an intriguing reading experience”. You really should read his full review here.

DARTFORD, KENT – 18 March 2016 – Elsewhen Press, an independent UK publisher specialising in Speculative Fiction, is delighted to announce the publication today of Existence is Elsewhen, an anthology of twenty science fiction stories from twenty great writers. According to Peter Buck, Editorial Director at Elsewhen Press, “The title paraphrases the last sentence of André Breton’s 1924 Manifesto of Surrealism, perfectly summing up the intent behind this anthology of stories from a wonderful collection of authors. Different worlds… different times. It’s what Elsewhen Press has been about since we launched our first title in 2011. We were thrilled when John agreed to headline.”

Headlining the collection is John Gribbin, with a worrying vision of medical research in the near future. Future global healthcare is the theme of J.A.Christy’s story, while the ultimate in spare part surgery is where Dave Weaver takes the reader. Edwin Hayward’s search for a renewable protein source turns out to be digital; and Tanya Reimer’s story with characters we think we know, gives pause for thought about another food we all take for granted. Evolution is examined too, with Andy McKell’s chilling tale of what states could become if genetics are used to drive policy. Similarly, Robin Moran’s story explores the societal impact of an undesirable evolutionary trend, while Douglas Thompson provides a truly surreal warning of an impending disaster that will reverse evolution, with dire consequences.

On a lighter note, there is satire as Steve Harrison uncovers who really owns the Earth (and why); and Ira Nayman, who uses the surreal alternative realities of his Transdimensional Authority series as the setting for a detective story mash-up of Agatha Christie and Dashiel Hammett. Pursuing the crime-solving theme, Peter Wolfe explores life, and death, on a space station, while Stefan Jackson follows a police investigation into some bizarre cold-blooded murders in a cyberpunk future. Going into the past, albeit an 1831 set in the alternate Britain of his Royal Sorceress
series, Christopher Nuttall reports on an investigation into a girl with strange powers.

Strange powers in the present-day is the theme for Tej Turner, who tells a poignant tale of how extra-sensory perception makes it easier for a husband to bear his dying wife’s last few days. Difficult decisions are the theme of Chloe Skye’s heart-rending story exploring personal sacrifice. Relationships aren’t always so close, as Susan Oke’s tale demonstrates, when sibling rivalry is taken to the limit. Relationships are the backdrop to Peter R. Ellis’s story where a spectacular mid-winter event on a newly-colonised distant planet involves a Madonna and Child. Coming right back to Earth and in what feels like an almost imminent future, Siobhan McVeigh tells a cautionary tale for anyone thinking of using technology to deflect the blame for their actions. Building on the remarkable setting of Pera from her LiGa series, and developing Pera’s legendary Book of Shadow, Sanem Ozdural spins the creation myth of the first light tree in a lyrical and poetic song. Also exploring language, the master of fantastika and absurdism, Rhys Hughes, extrapolates the way in which language changes over time, with an entertaining result.

Existence is Elsewhen, published today by Elsewhen Press on popular eBook platforms, will also be available in paperback from the 25th March with a launch at the 2016 Eastercon in Manchester. 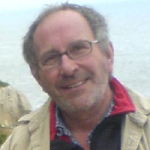 John Gribbin was born in 1946 in Maidstone, Kent. He studied physics at the University of Sussex and went on to complete an MSc in astronomy at the same University before moving to the Institute of Astronomy in Cambridge, to work for his PhD. After working for the journal Nature and New Scientist, and three years with the Science Policy Research Unit at Sussex University, he has concentrated chiefly on writing books. These include In Search of Schrödinger’s Cat, In Search of the Big Bang, and In Search of the Multiverse. He has also written and presented several series of critically acclaimed radio programmes on scientific topics for the BBC (including QUANTUM, for Radio Four), and has acted as consultant on several TV documentaries, as well as contributing to TV programmes for the Open University and the Discovery channel.

But he really wanted to be a successful science fiction writer, and has achieved at least the second part of that ambition with books such as Timeswitch and The Alice Encounter, and stories in publications such as Interzone and Analog. But as John Lennon’s Aunt Mimi so nearly said “Sf is all very well, John, but it won’t pay the rent”. Another thing that doesn’t pay the rent is his songwriting, mostly for various spinoffs of the Bonzo Dog Band. He is a Fellow of the Royal Society of Literature, and a Fellow of the Royal Society of Arts, as well as being a Fellow of the Royal Astronomical and Royal Meteorological Societies.

On the Risingshadow website, Seregil of Rhiminee has written a very complimentary review of our anthology of New Speculative Fiction, [Re]Awakenings.  As far as we know, Seregil is our first Finnish reader.  But don’t worry, the review is available to read in English here!  My favourite line from his review is at the end: “If you enjoy reading well written and fascinating stories, this anthology won’t disappoint you.”  Thanks Seregil 😉

Four of our authors: Neil Faarid, Robin Moran, Alexander Skye and Peter Wolfe -contributors to [Re]Awakenings, an anthology of new speculative fiction – are recent graduates from the English and Writing degree course at Leeds Trinity University College.  When the university heard about their debuts in the book they asked for more details and featured their graduates’ achievement on the university website, along with a comment from Professor Paul Hardwick, one of the inspirational teachers on the course. The news has also been featured on the Leeds students’ website Leeds Live it Love it, and in the Yorkshire Evening Post.

Amazon have launched new Kindle Stores in Italy and Spain.  [Re]Awakenings, an anthology of new Speculative Fiction  is available in both of the new stores, as well as all the existing Kindle Stores.

I expected this to be an exciting week.  We officially launched the imprint Elsewhen Press, with our first title [Re]Awakenings bringing some new authors to the attention of fans of Speculative Fiction.  Monday morning [Re]Awakenings went straight into the UK Kindle bestsellers charts for Fantasy Short Stories and Science Fiction Short Stories.  By lunchtime we were in the top 10 in both charts and by tea time we were at no 3 in Fantasy Short Stories.  Not bad for a first day!  We crossed our fingers and hoped that the rest of the week would be as good.  Tuesday was much quieter but we were still feeling quite happy when, in the evening, we heard the sad news that Anne McCaffrey had died.  That rather wiped the smile from our faces.  For most of us in the editorial team Anne had been a significant formative influence on our tastes in reading.  She was a fixture in our bookshelves and our hearts; someone that we never imagined being without. The best we could do was sit down with a mug of Klah and tell Harper’s tales.  It helped.

So we are ending this week much less cheerful than we started it.  We are, however, immensely proud to have produced a great book; to have started an imprint catering for people who, like us, love science fiction and fantasy; and to have launched the writing career of some new, young (and not so young) authors whom we whole-heartedly believe will go on to become firm favourites with many readers.

[Re]Awakenings an anthology of new Speculative Fiction was launched today.  As part of the Elsewhen Press digital-first policy, it has been published in a digital edition today and will be published in a print edition in March next year.  It is available on all four of Amazon’s Kindle stores (US, UK, Germany, France) and all 32 of Apple’s iBookstores (UK, US, Canada, Australia, most of Europe).  It should be on Kobo too but hasn’t appeared on their store yet (but it’s not even breakfast time in Ontario yet).

[Re]Awakenings is an anthology of new short stories from seven different authors. It includes science fiction, fantasy and paranormal stories; some are serious, some are not. The authors are: Alison Buck, Neil Faarid, Gingerlily, Robin Moran, PR Pope, Alexander Skye and Peter Wolfe. PR Pope was also compiling editor.